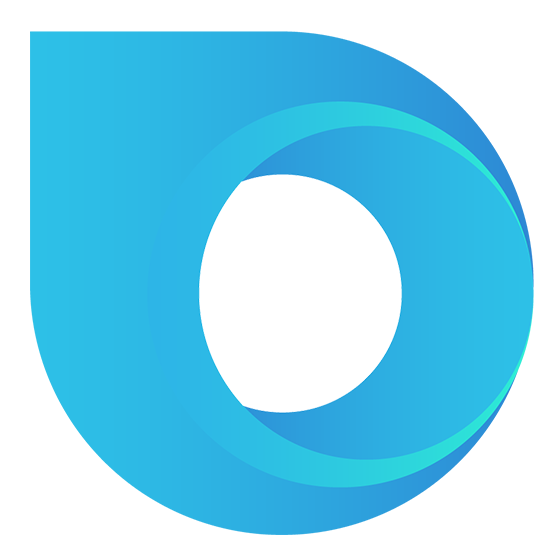 Update
CoinCorner is a bitcoin exchange and wallet provider, based in the Isle of Man. Founded in June 2014 by Daniel Scott, Phil Collins, Charlie Woolnough and David Brown, the company currently operates in 45 countries worldwide.

★
★
★
★
★
I hate this Isle of man firm I bought 60 BTC AFTER CHARGES I was left with 37btc nearly half of my coins went in charges Couldn't buy what I wanted theycharge you three times once to Buy once exchange from bank then 0.0005 to send to address The most expensive crypto avoid avoid avoid there arecheaper platforms shop around Itsnot right the less you buy the more they take more you buy more they take crooks

★
★
★
★
★
So far people have been complaining about high fees and response time and such however they just actually STOLE my bitcoin and did not pay. I got in touch with one of their employees acting as user 'muj1998' on Localbitcoin to sell some bitcoin. Obviously I was trusting good reviews on the platform and did not suspect anything. I realeased 0.5 bitcoin at £2500 based on the fake bank confirmation they sent me. I have never seen £2500 obviously. I would appreciate anyone with similar experience to get in touch on luk_gro (at) yahoo co uk

★
★
★
★
★
They charge 2.5% for the transfer of £ into the wallet, then skim another 12% off the real value of the bitcoin by only offering a lower buy rate ... fair enough its an exchange, but i thought it was a bit steep to only get £85 worth of bitcoin from a £100 transfer. Website works ok though.

★
★
★
★
★
Review update Anybody who has opened a bank account in recent times will have experienced the regulatory requirements. Crypto currency trading is not a mature sector and one can appreciate that there are complexities that operators such as CC have to contend with as it develops: Companies in this sector are continuing to navigate their way through the banking and regulatory systems. And this should be no surprise given early stage the sector is in. Missteps will happen it is how the actors respond that will determine who wins, or loses. We wanted to withdraw funds and CC tried to resolve the matter by asking us to buy BTC then sell for EUR. This arose because we sold BTC for GBP ignorant of the fact that GBP couldn't be withdrawn to a UK bank account. In their defence, there was a warning - but the consequences of that were not comprehended. There are costs associated with each trade which we felt we shouldn't incur. They did agree to waive with certain stipulations, so we wanted to speak with them for clarification and comfort. Whilst I understand their business reasons for providing support via email, we felt that their refusal to discuss the matter by telephone evasive. This is where the frustration started resulting in many more email exchanges. This customer could have been pacified if the company had appeared less evasive. Refusal to take phone calls only added to the frustration. Email has it's place, but so does verbal communication. So, is CC a scam company? I doubt it. I turned up unannounced at their Isle of Man headquarters and met with both co-founders to see if we could get this matter resolved once and for all. They were accommodating and explained in great detail why they are unable to send funds in GBP - something which they hope to have solved in the coming weeks. They waived their fees and provided the necessary guidance (and comfort) to make the withdrawal, converting GBP to BTC to EUR. Did they do the right thing in the end? Yes, though we wish it could have been resolved with less frustration. A phone conversation would have gone a long way to concluding this matter sooner.

★
★
★
★
★
Easy to buy but good luck getting paid ... Join my action group against these people. Easy to put money in but they are unable to explain why they cannot pay money out without converting back to Bitcoin then back to EUR. They say its something to do with money transmission rules, yet they are not regulated. I wanted more clarity because they just keep churning out canned responses that do not explain why they cannot simply transfer the funds. However they will not give a phone number though I did find this: 01624 827858. They don't answer that number and so far they haven't acknowledged that they even have a phone. The CEO is not contactable and they will only deal with customer service by email. Their bank is AS BlueOrange Bank, Jēkaba iela 2, Rīga, LV-1050, Latvija so I contacted them and it appears that there is no problem sending EUR funds to an overseas EUR account - there are no regulatory issues. Though the bank hasn't specifically stated, it would appear that the issue is that CoinCorner does not have a GBP account with them, which is simply a matter of requesting apparently. Yet CoinCorner haven't adequately explained why they can't send EUR to EUR account because, according to their bank, it's possible. It's no surprise they are not using a major bank, any bank affiliated with these people is on a bad run. I would like for others having similar problems to join forces with me to bring this scam to an end and save future people being ripped off. Send me your details to mbadistinction at googles email platform.

★
★
★
★
★
I have purchased Bitcoin on a number of exchanges and found CoinCorner to be the most simplest solution so far. Their fees are not as cheap as the larger trader focused exchanges, however for the average user not familiar with how to operate such platforms, I believe the CoinCorner offering does offer value for money. They have a friendly customer support team, that although they don't operate at weekends, they do respond usually within the hour in working days. That is exceptional within the crypto space and typically I have been waiting for over a week in each experience at the four other exchanges I have tried. Keep up the good work guys. Thanks

★
★
★
★
★
Fees are far to high makes it not worth buying 50% losses on 1 bitcoin Fees are far to high to make it not worth buying you WILL lose 30% exchange rate is impoosible to recover . I paid £100 in to test , they charged £5 debit fee and thats every 1 hundred pound you pay in they charge £5 Bitcoin price was £280 higher than the market - to sell its £200 lower than market so massive mark up both ways for them here and to me very extreme 30% plus fees for exchange rate . so if you bought 1 bitcoin Coincorner and its crew take £280 before you even start and then £200 when you sell alond with a lot of other fees along the way , thats not right and should be reported , if a bank charged £300 extra on exchange rate there would be uproar . I tried to sell they wanted a £2 fee to sell and on top of that they want to charge me £35 to pay to my bank account . More fees and expense than a traditional bank here and cryptos are ment to be for avoiding crazy fees . I think this company it out for maximum profit and is doing this knowing new bitcoin buyer would be unaware of their losses and taking advantage of them , which goes against the spirit of cryptos . My advise look elsewhere and save money on fees , these prices are extreme worse than i have ever seen anywhere for anything and need reporting to trading standards as you will lose money even if bitcoin went up 30/40% maybe 50% of all your money . i think out of every £100 paid into Coincorner id get back £36 or something after its bounced around coincorners fees and exchange rate structure

★
★
★
★
★
42 reviews
Wellington Holdings is a Trading platform specialized in Crypto...